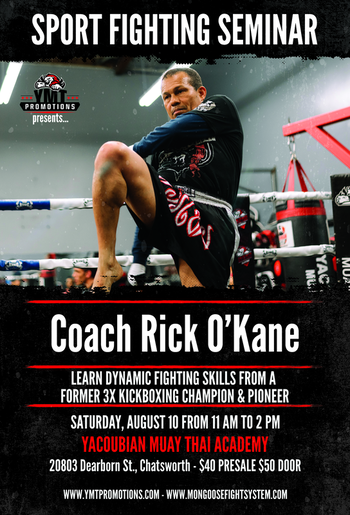 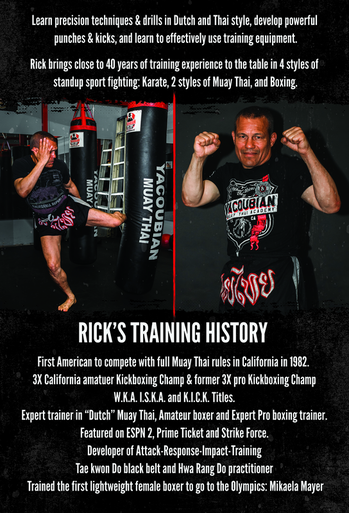 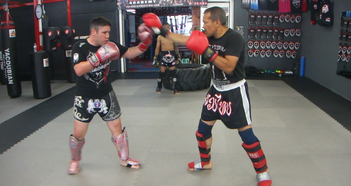 I am a technician. Well at least I have really grown into one because I have learned more about training after I retired from fighting than I did while competing. Part of this came from continuing my own training and research to learn how to train other fighters better. In the process I  learned what works best and what doesn't. I practiced different things I learned from other coaches and watched very closely how the best fighters trained and fought. I automatically analyze everything closely judging the quality of what I am observing. I had some really good teachers that I learned from in the early years, however  it's one thing to tell you what you need to do but it's another to teach train and show you how to do something day after day until you master it...
​ 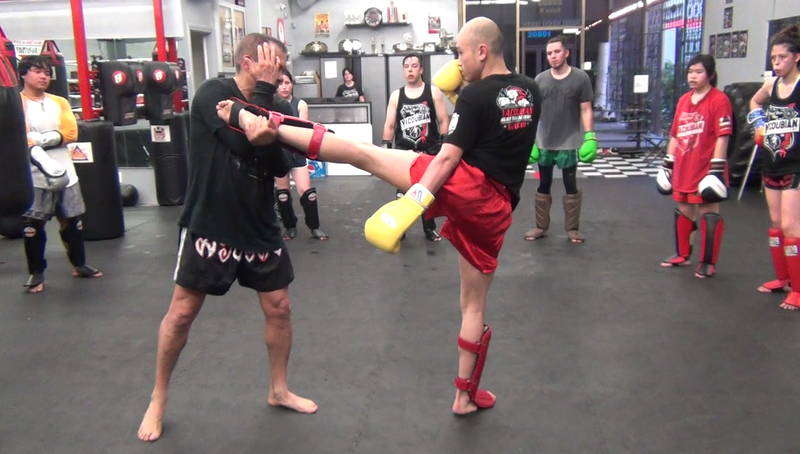 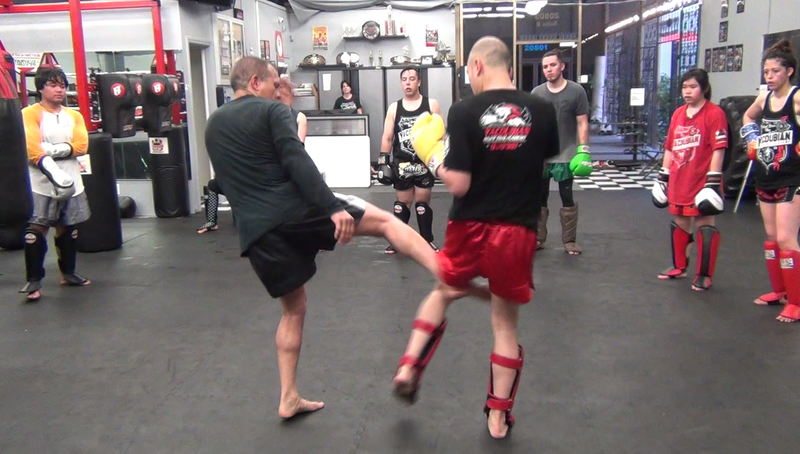 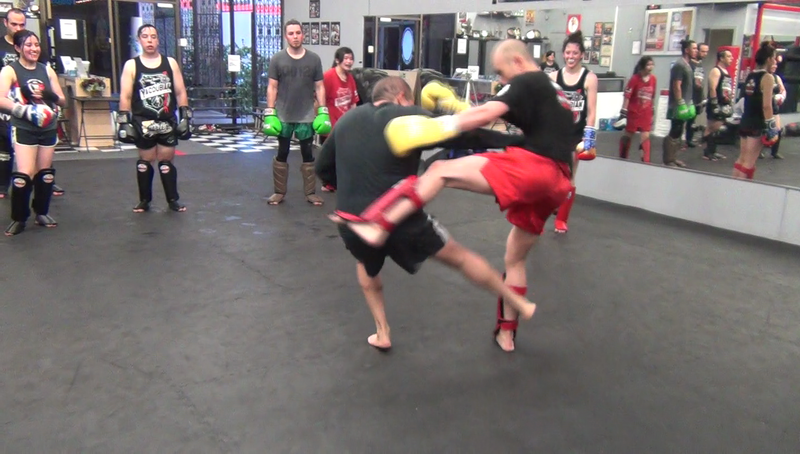 I aim to teach the "how to" details of a number of training techniques by breaking them down part by part until students have a solid grasp on how the techniques work and how to develop them to the ultimate proficiency. I like to give examples of fighters and martial artists that are the best at particular techniques as applied in competition.

For example Samkor Kiatmontep is great with a round kick from the southpaw stance. Sugar Ray Leonard was the ultimate beast conqueror with his pinpoint combinations and smooth flashy style. Benny Urquidez timing and ring savvy was legendary and was also known for his spinning back kick. Ramon Dekkers is the best 135 lb low kicker I have ever seen. Dieselnoi is known as one of the all time best knee strikers. Samart Payakaroon could box world class (won world championships in boxing and Muay Thai) or kick with his hands down and never throw a punch... 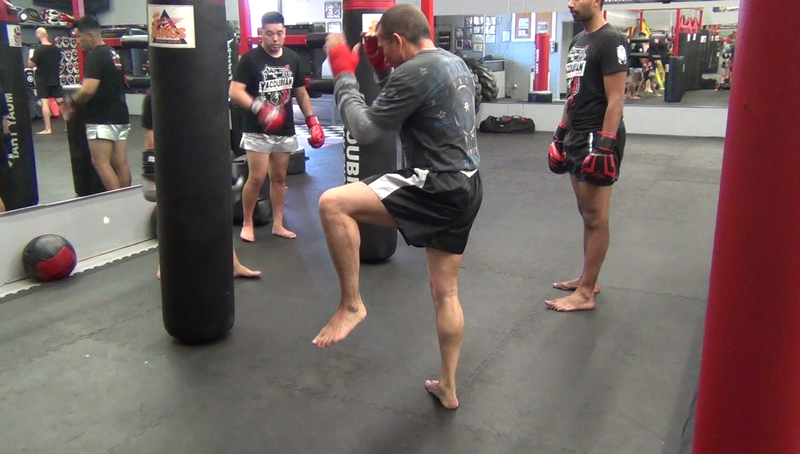 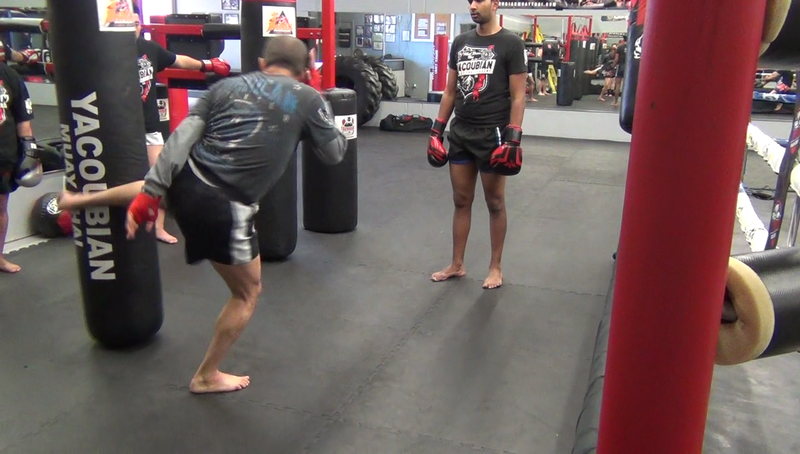 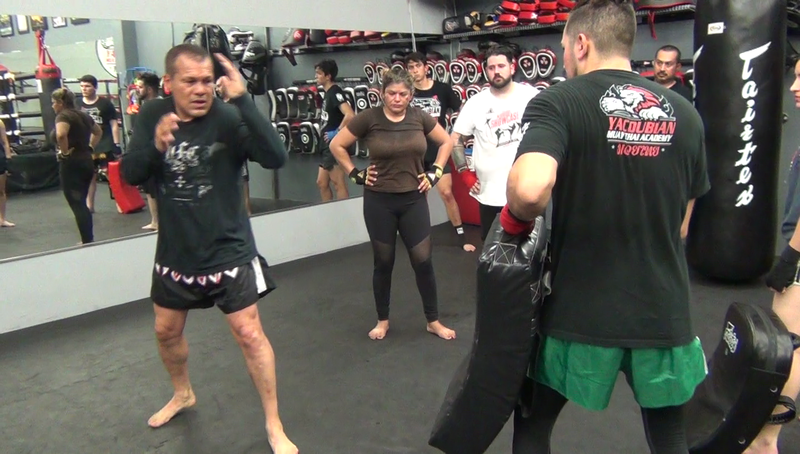 I have a strong background in 4 styles of stand up fighting. Karate, 2 styles of Muay Thai and Boxing. However what I like to teach first is how to develop power punches and Dutch style low kicks because it is whats most practical for fighters and it's what most fighters need to learn how to do better, especially the combinations and counter attack drills.
​
Some of the teaching will include: How to develop effective kicks for MMA competition and Muay Thai. Understanding Muay Thai scoring and judging so you can win the favor of judges. How to manage impact and respond effectively. My advice on strength and conditioning.  Some nutritional and training recovery techniques. How to best use certain pieces of training equipment such as the Power Shield, Thai Pads, Belly Pad, Heavy Bag, Focus Mitts and Sparring Gear and more... 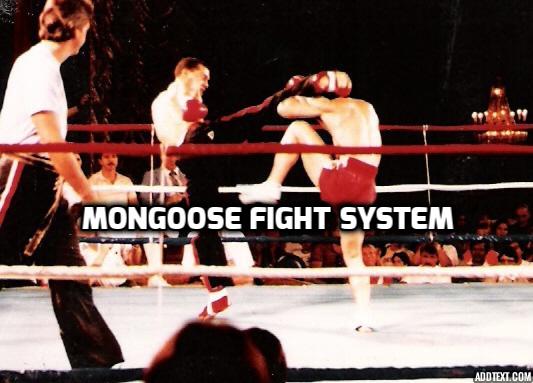 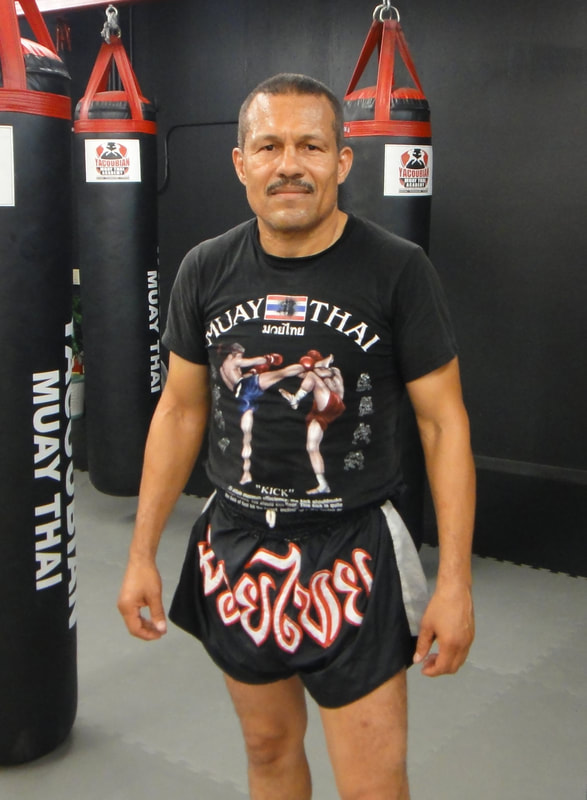 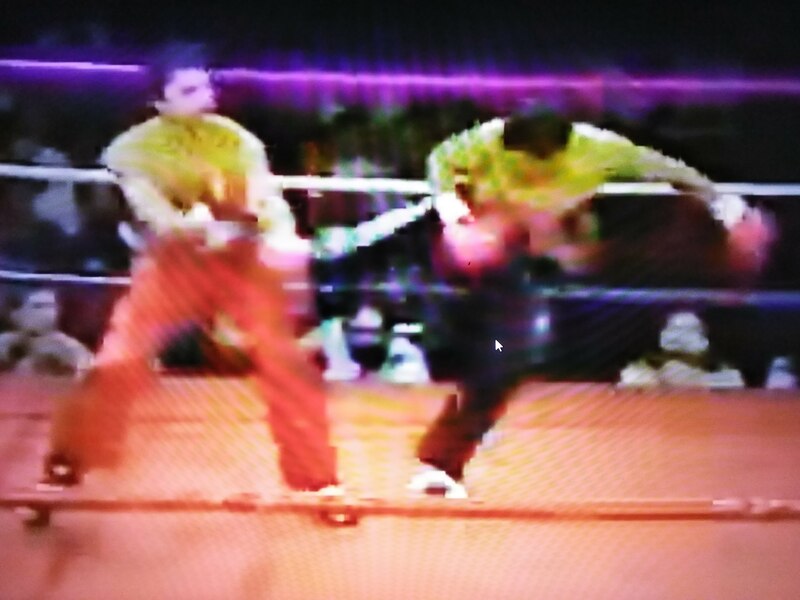 ​What many fighters lack is the know how to put to use training equipment for maximum benefit. I will be doing segments on how to do this. For instance Dutch Style low kicks and how to use a power shield and thigh shields to develop them.

One common problem with kickboxing is bone on bone contact resulting in bruises that can take weeks to heal. In boxing the fists are the only weapon used and they are nicely padded with 14 to 16 oz sparring gloves. Protective headgear and a mouth guard is commonly used as well as groin/lower abdomen protection against punches below the waist. So in boxing all contact surfaces are thoroughly padded allowing fighters to spar full contact with minimum risk of injury. This keeps the training regiment pretty simple and basic.

​When it comes however to kickboxing and Muay Thai you have lots of potential for bone on bone contact depending on the kind of gear you are using and the way you are training. In Muay Thai you can use fists feet knees and elbows. Thai fighters do a lot of Thai Pad training with a mitt coach to toughen the legs shins and feet and sharpen striking skills. They will also do rather light sparring with legs and knees which are usually unpadded. The fighters are very skilled at controlling power and impact saving the full power impact for the mitt work and real competition. They will also spar full power boxing with full boxing gear on. They usually will compete often starting at an early age gaining valuable ring experience while conditioning their bodies for impact especially the shins and feet. 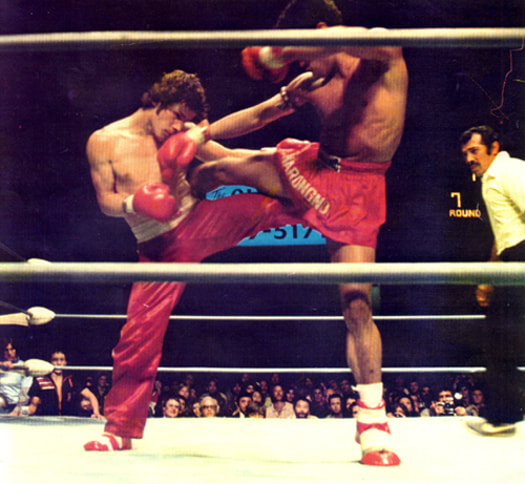 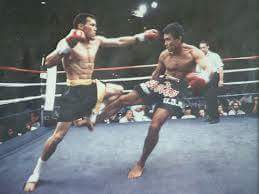 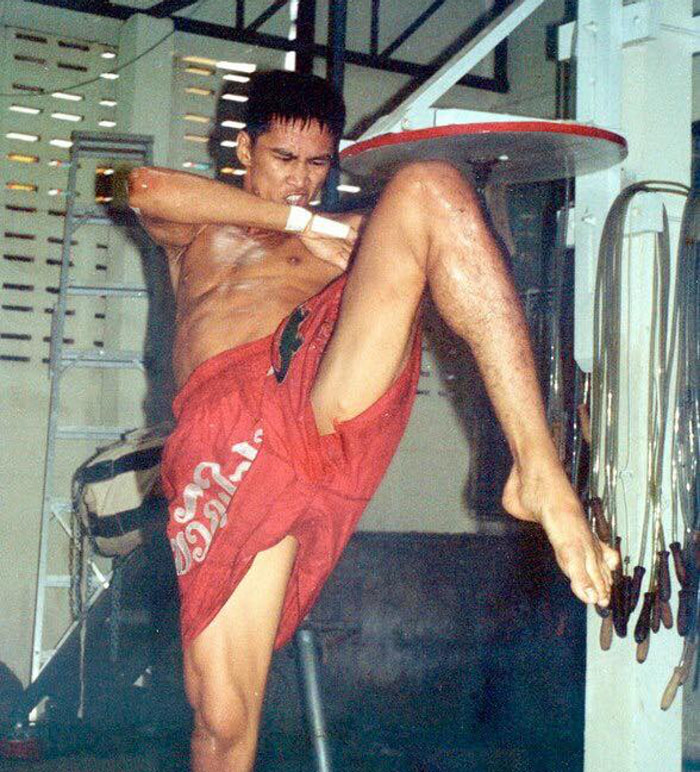 Experienced fighters in Thailand will develop incredibly tough shins and feet able to withstand shin to shin or elbow contact with minimal injury or bruising that lasts only a few days. Fighters are trained to get back in the gym right away after a fight to condition the nervous system to recover fast and build up dense tissues as a defense mechanism. Now for most other people not living in a training camp environment like in Thailand from an early age it can be more difficult getting the same kind of training experience living in a place like America.

​Now there is a different way of training to develop realistic skills that will work in the ring. In Europe mainly Holland the fighters use heavy padding on their shins and feet and do lots of attack and counter drills with a sparring partner. They have developed a rather sophisticated system focusing more on power punches and low kicks. Thai’s like fast high round kicks knees and elbows and the Dutch like power punch and kick combinations emphasizing round kicks to the thighs. The Dutch are known for power low kicks often knocking out their opponent with a single kick to the leg. This is their trademark kick. The Thais trademark kick would be round kicks to the body. They are also known for strong clinch work with outstanding knees and elbows.

After studying these styles and experimenting with them in training I have come up with a series of training drills that I believe is a faster more effective way to train and develop fighting skills that will prove the test in the cage or ring. I have coined the phrase;
​Attack - Response - Impact - Training 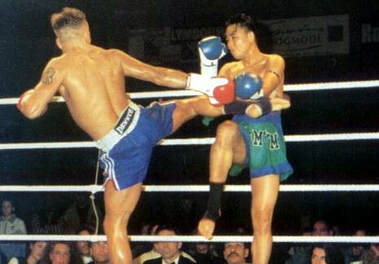 Seminar "The Basics"
How to build a strong punching and kicking foundation
This seminar is a focus on the breakdown of basic techniques and various ways to develop them. Good for instructors and fighters who want to improve their basics and teaching skills.

Attack-Response-Impact-Training:
​-Managing impact with training to counterattack effectively
-Involves learn how to use training equipment to get the best results
-Develop a solid defense training your reflexes to react optimally
-Develops self defence and confidence in students faster
-Enables students to be ready for competition sooner

Theory on calisthenics
If you are going to be doing calisthenics then you should do smart efficient ones more directly related to the fighting techniques you are wanting to develop rather than ones that are not. I will demonstrate a few.
​
Nutrition and Recovery
-Recover after training is a big issue for getting the maximum benefit from your training. I will give you some of my best nutritional advice.
-It’s very good to balance out high impact training with opposite type exercises.

-Cool down stretching and breathing
​-Hot and cold therapy
-Massage with roller
-Walking on the back and legs
-How to use the massage ball for your back
-Hydration. Drink before and during training as well as after
-Superfood supplements
-My all round "starter" training supplement: Sport Formula

My advice for aspiring fighters especially if you want to go into MMA
Learn from specialists with a reputation in their style. Whether its Jiu-Jitsu Wrestling Karate Boxing or Muay Thai, do yourself a favor and train with a specialist who has a lot of competition experience, especially those with a winning record in the particular style. If you have to go to several different schools for different periods of time to get top notch training then do so. Stick with them till you get a solid foundation learning everything you can from a particular master before making any changes.  In other words don't learn Muay Thai from a wrestling coach who is also teaching some MMA classes. Don't learn Boxing from a Jiu-Jitsu instructor who is teaching a cardio Boxing class. Don't learn from a Muay Thai coach who has never fought. I don't recommend the training in most of the MMA schools that I have seen if you want to be a good fighter, because they are usually pretty poor on a lot of things, especially with standup striking styles such as boxing and Muay Thai. Boxing and Muay Thai techniques are easier to fake and wing it rather than the precision drills that Karate schools require. Try to train with the top fighters in each style if possible but don't let yourself get abused. Don't get “bullshidoed” There is nothing like working with another experienced skillful martial artist when you want to bring the best out of you.
-How to use speed punches to set up power punches, the difference between the two, and how you train each of them. Arm weight punch vs body weight punch.
-How to train for effective consistent body punching that will weaken and wear your opponent out.
-The difference between a karate style round kick vs a Muay Thai round kick The Connor McGregor counterpunch
-How to develop top notch defensive boxing skills. How to protect your chin from getting nailed
-How to develop sharp defend and counter attack round kicks
-How to prepare your legs and body for dynamic kicking. Stretching flexibility and agility exercises